Freiburg has made a name for itself worldwide as the Green City Freiburg with an ambitious environmental policy and a clear political and civilian commitment to sustainable city development. Freiburg has become a model for many communities and today the city is considered a model for the reconciliation of ecology and economy. Environmental policy, solar technology, concepts for sustainability and climate protection have become mainsprings of economic, political and urban development.

The Green City Freiburg label stands for a mix of many ideas and visions. Here, science and business work hand in hand, as shown, for example, by the Sustainability Center, a merger of the university and Fraunhofer institutes. A network of internationally operating institutes and companies rounds off the profile of the Green City Freiburg in positive fashion.

In addition to medicine, healthcare, the environmental economy and environmental research, sustainability also plays a particularly large role in the Green City Freiburg. With approximately 12,000 gainfully employed persons in 2,000 businesses, this sector contributes approximately EUR 650 million to the value creation and much to the positive image of the region. In the solar economy alone, gainful employment is three to four times higher than the national average, with over 2,000 employees in 100 businesses.

For approximately 30 years, Freiburg has received a great deal of attention and national as well as international recognition for its marked ecological awareness, an ambitious environmental policy and the concomitant projects, processes and activities.

For example, in 1987 Freiburg was chosen as the “Eco Capital”, in 1992 as the “Federal Capital for Nature and Environmental Protection” and in 2012 as “Germany’s Most Sustainable City”. Additionally, Freiburg is the winner of the federal competition “Klimaaktive Kommune 2018”, in which the project Green Industry Park was recognised, which, by means of a climate protection sub-concept, aims to reduce significantly the energy consumption of an entire industrial area. Moreover, in 2018, the new Freiburg city hall received the DGNB award for “Sustainable Building”.

The Green City Freiburg is the ideal location for your conference on the topic of sustainability and the environment. In addition to suitable conference localities that have committed themselves to the topic of green meeting, you will find a large specialist public from the domains of business and research in Freiburg. Additionally, you can gain possible cooperation partners and speakers for your conference from the local clusters, for example from science or the leading research institutions.
The Freiburg Convention Bureau is happy to be available to you for initial networking.

In cooperation with the City of Freiburg, our partner agencies take on guided tours, lectures, workshops and further education on all Green City topics.

Find out more about our partner agencies and the various tours, guided tours and offers. 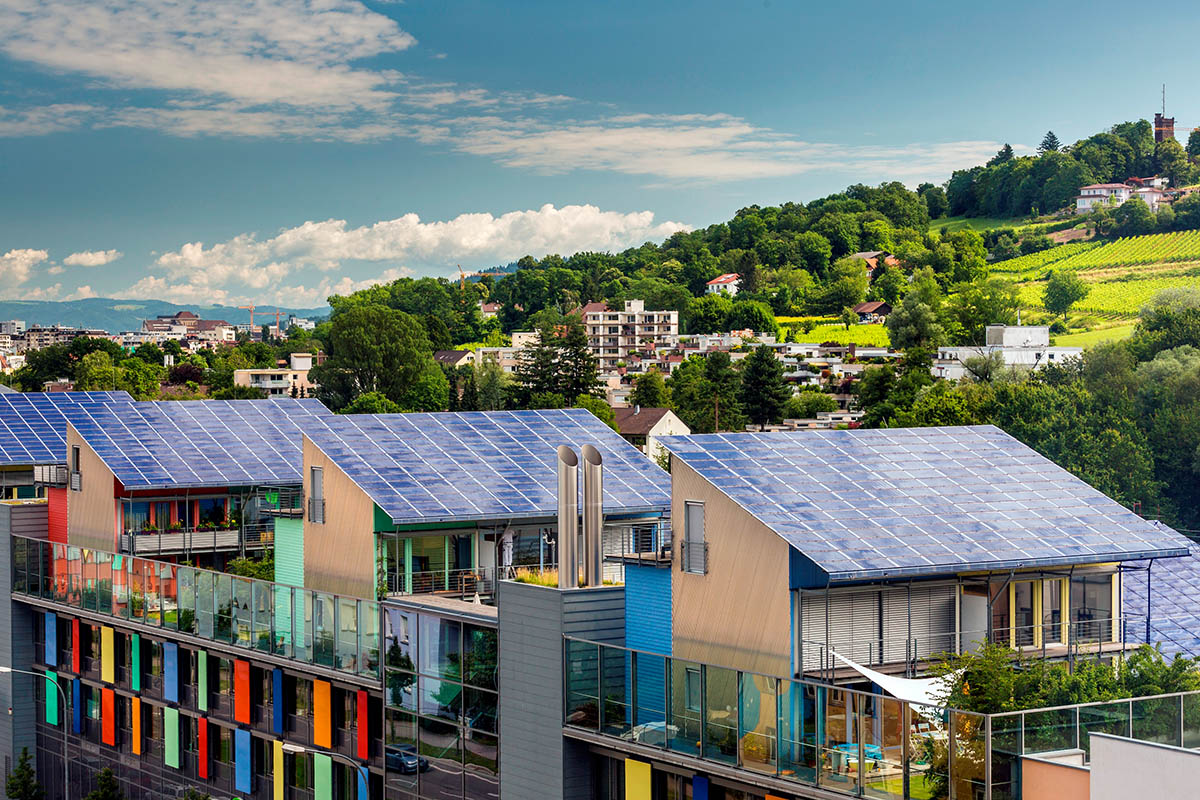 Companies and institutions in Freiburg

In the field of environment & sustainability, the region is considered an important and strong cluster within Germany. Below you will find a selection of relevant institutions and companies.

Congresses and Conferences in Freiburg

Freiburg has already made a name for itself as a sustainable city. Freiburg is or was the ideal venue for the following events on the topic of environment & sustainability:

Why is Freiburg the ideal city for events on the topic of sustainability?

Many research institutions and companies active in the field of sustainability have settled in the green city of Freiburg. To be emphasised here is the cluster of the Green City Freiburg, which connects relevant actors in this area and thus creates valuable synergies.

How can I take advantage of the infrastructure in the area of sustainability for my conference?

Innovative companies operating in the international research in the field of sustainability form a large potential specialist public for your sustainability conference. Cross-industry impulse generators, interesting projects and a connected sustainability community characterise the sustainability city of Freiburg as well as its environmentally conscious citizens.

Other fields of expertise in Freiburg